How Abacus Plumbing and Cooling Grows by Changing People 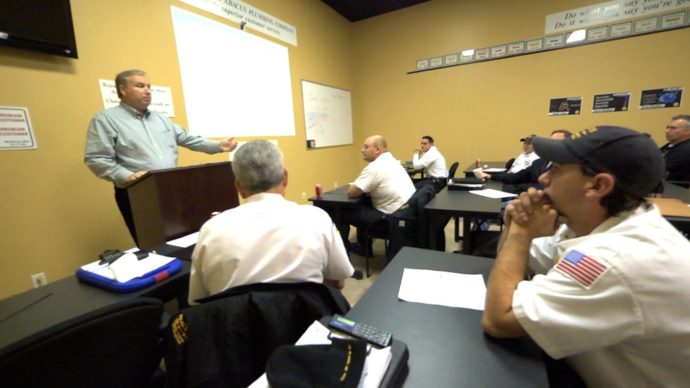 Growth is key in any company.  Growth serves as one indication of success.  But for Alan, I believe his success is measured in more than just numbers.

I believe that when you leave this company, you should be better in 3 areas.

First of all, you should leave in a better financial position that when you started.

Second, you should leave a better plumber (and ac tech.)

Third, you should leave a better husband, father, and man.

Alan speaks those words often.  It is an unwritten core value of the company.

I heard him give this mission statement in one of his Thursday meetings.  I was waiting in the back of the room, thinking about the skill evaluation (ride along) to come that day.  Then, he spoke.  Alan made it very clear to me that his company would grow for all the right reasons.

Alan has grown Abacus Plumbing and Cooling because he has focused on people.

Alan’s focus is real, and genuine.  That’s why his mission statement rings so true in the ears of the people who hear it.

His message is one that grabs that heart of the people that are listening.  Every follower wants a leader that truly cares.  Alan cares.  He expresses his care in more than just words.  He executes his mission statement with action.

Plumbers and AC Techs make more money when they leave Abacus Plumbing and Cooling.  (If they leave.)

They leave as a better plumber and ac tech.  Alan invests a large amount of money into technical and communication training.  These are skills that can be used throughout life.

Alan also invests his energy in growing men and women by example.

If you want to hear it for yourself, then CLICK THE PICTURE TO WATCH THE HOSTED VIDEO:

Question:  How do you communicate the personal mission statement for your people?