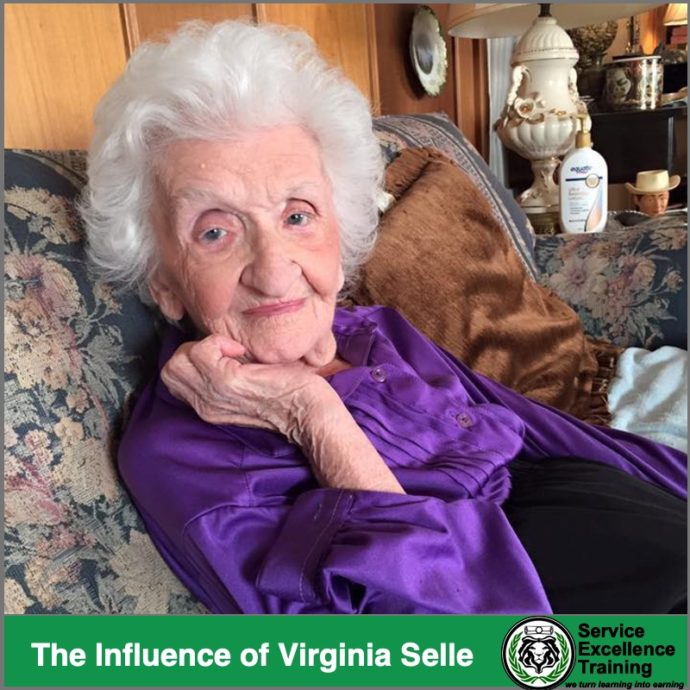 The Influence of Mrs. Virginia Selle

Your business will have a crisis. All businesses face moments of what appears to be impossible odds. It’s happened to me here in the early days of SET, and it happened in my first real role as a business manager.

Thankfully, I’ve had mentors to help me through these crisis moments. Today I’m glad to tell you about one of those mentors. Her name is Virginia Selle.  I met Mrs. Selle when I turned 19. She was 75.

Related Content: The Lessons of My First Car and My Life Mentors

It was the summer of 99, the year between my sophomore and junior year of college. I was managing a small pet store named A Touch of Nature. Mrs. Selle came into my life because she was the grandmother of Rebecca Huff, the owner of the store. 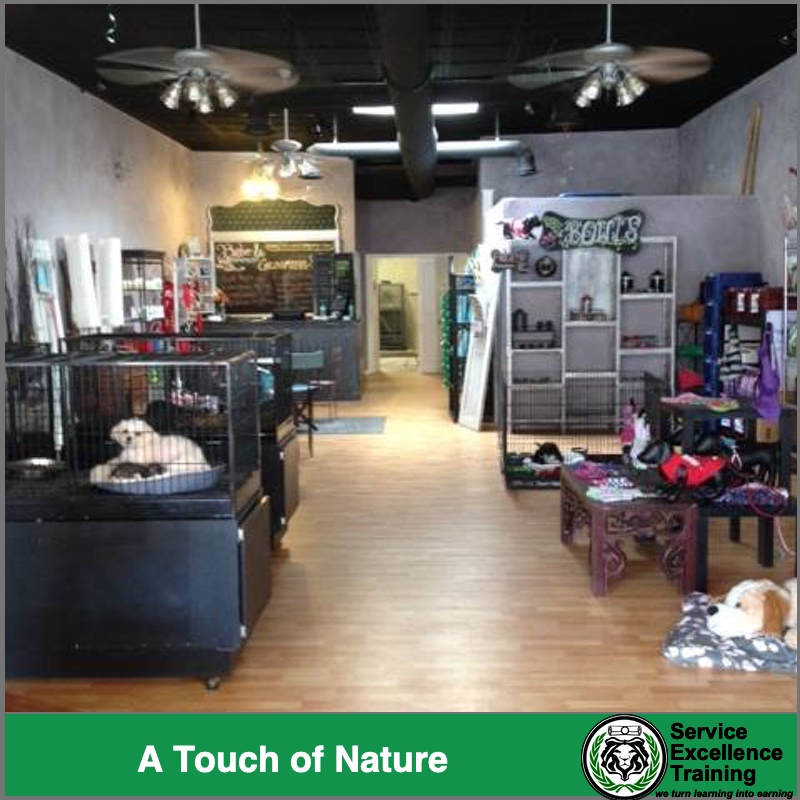 Mrs. Selle would always be around giving her advice, and in general, telling us what to do. Honestly, I didn’t really appreciate it at the time. I found her to be a little bit bossy, and a whole lot opinionated. Especially, for someone who didn’t actually ”work” in the store.

My opinion of Mrs. Selle changed dramatically when a major crisis hit the store. For reasons that I won’t reveal here, Rebecca had to unexpectedly leave the business. One day she was there, and the next day she was gone. The absence of Rebecca created a huge void in knowledge and responsibility. I was left with the responsibility of keeping the pet store operational, but I lacked the knowledge. I was overwhelmed and didn’t have a daily direction.

The store should have failed. The odds were against us for making this work. The most likely scenario would have been that we would have the doors close within a few short weeks. That did not happen. In fact, the store began to thrive.  We were able to keep our promises to vendors, and pay our bills. We kept the store living in the absence of its owner.

This was in large part due to the strong willpower and wonderful examples of Mrs. Virginia Selle. She stepped in just when we needed her, and gave us the support and guidance to be successful. Here is what she taught us: #5 Leadership Lessons for when you’re in a Crisis

#1: you are stronger than you think you are

When we are in crisis, we convince ourselves that we are weak and ready to break. This makes us vulnerable to attacks. Mrs. Selle convinced us that we were all stronger than what we realized. When we didn’t think we could keep the store going, she knew that we could. Her belief made us strong.

#2: you have what you need to make it work

It is easy to believe that you don’t have what you need in a moment of crisis. This belief can make you desperate and fearful.  Mrs. Selle understood that our greatest resource was each other, and as long as we worked together; we had exactly what we need.

#3: a team is a pool of deep refreshment

You need someone that has your back. A team that you can laugh with and rejoice with is so critical in a time of crisis. My memories of working at the pet store during this hard time are sweet and sentimental. That’s because we had a wonderful team that uplifted each other. Thank you to my wonderful wife Shannon, sweet Wanda, and Mrs. Selle for being on that team.

#4: people are worth fighting for

Mrs. Selle never quit on the people she loved. She believed all the pain and hardship was worth it.

Business is tough, but entrepreneurs are tougher.  The winners are those that don’t quit on the things worth fighting for.

All of these are wonderful leadership lessons for when you’re in crisis.

Now, I’m going to share with you five business principles to use during a time of crisis.

#5 Business Tactics for when you’re in a Crisis

#1: be honest with your vendors and employees

The business was in a financial tough spot with its vendors. We were behind on payments, and were running the risk of losing trust with our suppliers.  We needed our suppliers to operate. We knew that we needed a plan for paying them back, and a plan for reestablishing trust. Vendors are people, and people are not dumb. We sat down with our vendors and had a very honest conversation about the crisis we were in, and our plan to resolve our crisis.

If you are in a crisis, then your vendors need to hear it from you first.

Related Content: The 5 Keys to Winning at Vendor Negotiations

As a team, we sat down and made a very basic plan to keep the business open. It was nothing complicated, but it worked. In almost every occurrence in life and in business, a poor plan is better than no plan.

#3 sell the profitable and popular items

As a pet store, we had certain items that were exotic but not profitable. These exotic items were often animals that drew an audience of un-buying gawkers. These gawkers worked great at taking our attention away from the people that were actually buying. It did not take long to realize that the exotic items were hurting our business. They took too much time and too many resources. We sold those or gave them away if we had to.

Then, we stocked our shelves with the highly popular and highly profitable items. Once we started selling more dog food, small mammals, fish, toys, and treats; we started making money fast.

In business, it’s too easy to lose focus on the moneymakers when you’re chasing the exotic. Stick to the profitable basics when you’re in crisis mode.

#4: count every penny, and protect it

We treated every penny as a lifeline in the business. They all mattered. None of our team members attended school in accounting, but we knew how to count. At least twice a day, we would do a tally on our current sales and our estimated cost of goods sold. This would give us a general idea of the money we were making, or losing. Essentially, we were doing a very basic profit and loss statement.

In the front of the store protecting the money was Mrs. Selle.  She would do a bank deposit twice a day. If we sold a large item, she had us call her with an update if she wasn’t on site. Often, she’d come get the money and deposit it within the hour.

Mrs. Selle trusted us, but counted every penny.

#5 invested in what you believe in

The last lesson Mrs. Selle taught us was to invest in what you believe in. I have a memory of Mrs. Selle coming into the store with an envelope of cash at the end of the first week. That cash was to pay the team their weekly wages. I knew that in that first week the store didn’t make enough money to pay our wages. Mrs. Selle paid us from her own banking account. She was making an investment in our team, and her granddaughter’s future.  She believed in us, and was willing to invest in us. I’m happy to say her belief paid off.

Mrs. Selle was a wonderful mentor. She demonstrated how to lead by example during a crisis. She taught others how to believe in themselves in hard times. She always had your back and was never afraid to stand up for what was right.

Question:  What is one lesson a mentor taught you about leadership and life?