The Lessons of My First Car and My Life Mentors 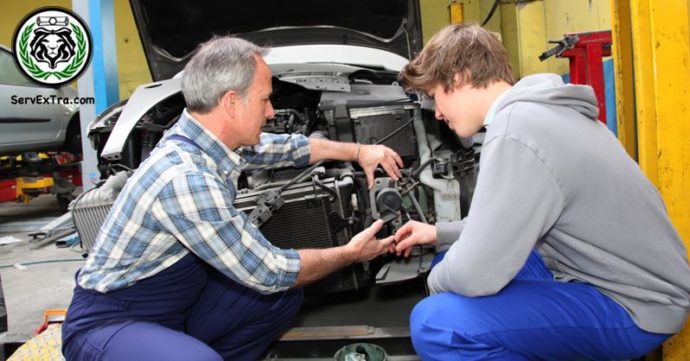 My first car was a 1984 Nissan Sentra. Actually, that’s not 100% true. My first car was Subaru Hatchback Deathtrap that my mom bought for $150 bucks. The steering wheel had about half a turn in slack in it. The brakes were there for thrills and laughs. And on the maiden voyage (and last) the hood let go and blew back on my windshield. I about sh*t my pants when that happened. 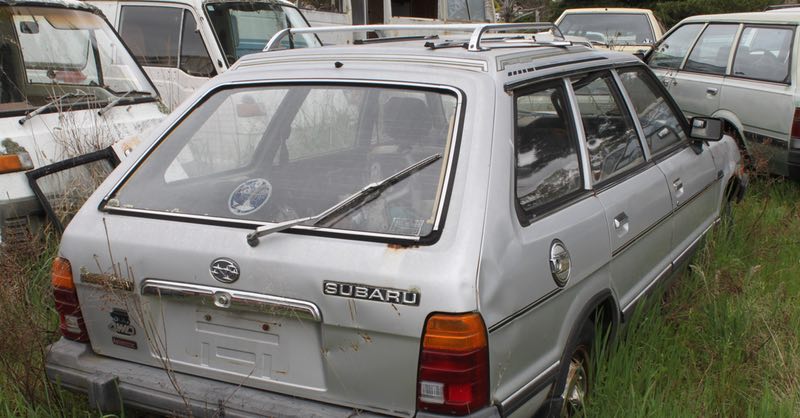 After tying down the hood of the car, I drove it to my Uncle Mark’s body shop.

My Uncle Mark laughed at the sight. Then he went inside and grabbed a can of spray paint and started spraying polka dots on the car. He said, “I’m making it better!” 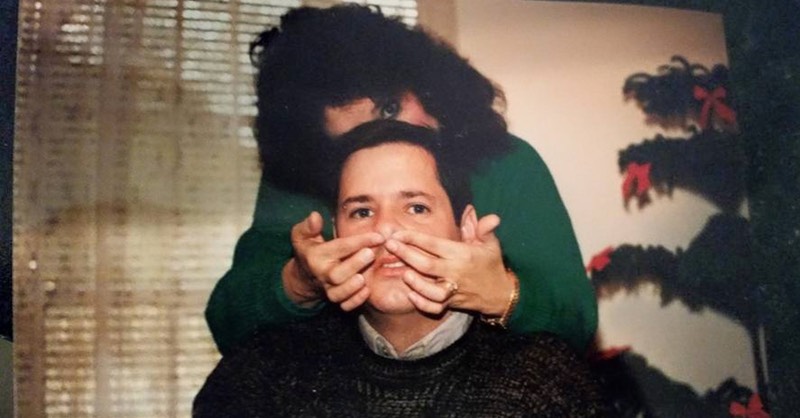 I didn’t think it was funny. I had an absolute piece of crap for a car, and it came from my dear mother. Her gift was wrapped in a bitter-sweet pill of love and shame; and here’s my Uncle making fun of what I know is a terrible gift. But that’s Uncle Mark. He wouldn’t have a sense of humor if it weren’t wrapped with a sharp edge.

After a good chuckle, my Uncle Mark reached into his pocket and gave me $300 for the car. He then told me to call my mom and thank her. Her gift was going to be the down payment towards a safer more reliable car.

The safer car was a 1984 Nissan Sentra. It was a car that was left at my Uncle Mark’s Car Repair and Body Shop. It originally belonged to an old lady in Jackson that decided the car wasn’t worth repairing. 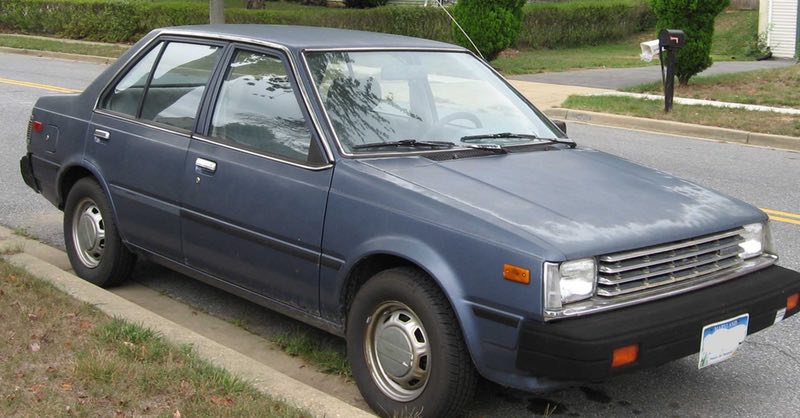 Credit for photo: By IFCAR.

So, Uncle Mark called her and offered her the $300 bucks he just paid me to take it off her hands. She said yes, and I became the proud owner of a blue-silver bodied, cloth seats, automatic transmission 4-speed, 4 door-freedom machine.

The outside of the car was covered in years of pine pollen and road dust, but a good wash showed the body to be in great shape. The engine was the problem. It needed to be rebuilt. It took about $300 in parts and about 100 man-hours to get the little baby up and running.

My Uncle Mark and I rebuilt that car together. I learned how to soak a carburetor in gasoline to remove the build-up, how to put new rings on a piston head, and many other things. He graciously donated his time to rebuilding the old car.

Actually, it was more than that. Mark took the spearhead on the project. It was his idea to rebuild the car. He took time away from his business, wife and young child to help me.

It was a great bonding and learning experience for my Uncle Mark and me.

And, there is more . . . see, Mark wasn’t my blood Uncle. He was the brother of Tina, my step-mother, and Mark had no biological reason to be kind or show his affection to me. Don’t judge me for that statement. I have learned that blood is only part of what makes a family. But for an angry 16-year old that had an abusive step-father, it took time to learn that lesson. 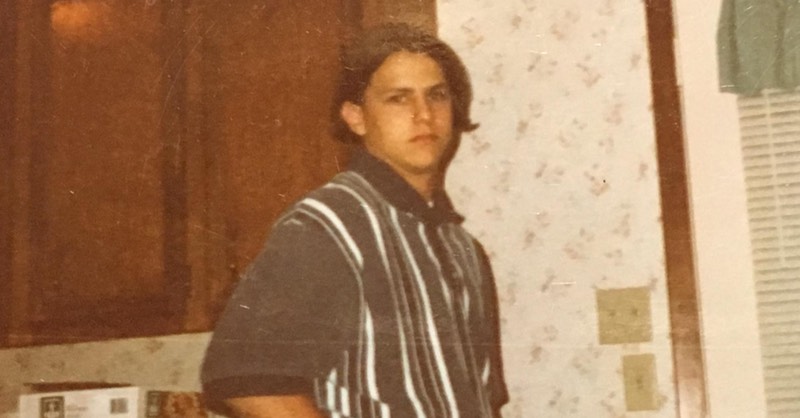 Uncle Mark gave of his time and knowledge as we brought that old Nissan Sentra to life. He was a mentor to me on the subject of mechanics and the good-natured jab.

He was also a mentor to me in business and hard work.

I worked for my Uncle Mark my junior and senior year in high school. During those two years, I would commonly work from 3 to 8 Monday through Friday, and from 8 to 5 on Saturdays. There were also the occasional Sundays thrown into the mix. There were times when I would work around 40 hours a week on top of my schoolwork. I worked very hard, and still had the energy of a teenager. Which meant I had the energy to still get into the typical teenage troubles, just not the time. (That’s a story for another time.)

I learned the nature of hard work, and what it meant to take something broken and make it work again. I love that part of life and business. It still gives me a huge thrill to do that today. I’ve built a business on fixing and improving systems.

That’s the perfect transition for a shameless plug!

If you would like help in your business, then fill out the form below

The long reach of Mentorship

And I drove that car for four more years. It was a great car. It never broke down, and it never failed me. I was even able to sell it for $1,500 when I was ready to upgrade. By the way, my Uncle was the person that bought the car from me. This was two years after I worked for him, and it was just one more way he showed his generosity.

There were several lessons that my Uncle Mark and that Nissan Sentra taught me. There may even be a short story in these lessons one day, but for this simple word-smith, I’ll keep these lessons to a blog for now.

The Lessons of My First Car and My Mentors

#1. Affection Comes in Many Forms.

My Uncle Mark, showed his affection in two ways:

Affection takes many forms. As a leader, I must give and receive affection in the manner in which it is needed.

#2. Hard Work Is Its Own Reward and a Great Teacher

All of my great mentors have taught me that hard work is its own reward. Hard work teaches you life lessons that are only taught through blood, sweat, and perseverance.

Hard work changes you. It makes you better then you were. I’ve been truly blessed to be under the influence of some of the hardest workers you will ever meet.

I have worked for my Uncle Mark, my brother-in-law Mackie Mayfield, my teachers Dane Aube and Mark Guinn, and industry leaders.

These men are all dedicated, hard workers. They all have influenced my life in big ways. Even the ones that I’m no longer connected with deserve the recognition of their hard work and influence.

#3. Mentorship is an Investment in People

When you act as a mentor, you are taking a risk.  You are making an investment that may not return. Your mentorship may be wasted. You may give your time to someone that will not invest it into his or her own life.

However, you may just give your time and mentorship and totally change the life of the person. That person may go on to change the lives of other people.

#4. Mentorship Has a Long Reach

Sir Isaac Newton said, “If I appear tall, it is because I stand on the shoulders of giants.”

Mentorship propels the future leaders of the world.

My Uncle Mark and the other mentors in my life have been connected to the thousands of lives that I and our team members have helped.  The influence of mentorship has a long and lasting effect.

My life is blessed today. I’ve been given more opportunities than I dreamed I would ever have. I’ve traveled the world teaching others how to be more successful. I’ve written training programs for $100 million dollar residential businesses, and I’ve helped one-man shops become $2 million dollar businesses.

I’ve also fought to stay in business. I’ve faced terrifying odds that most people would have crumbled under.

Today, I lead a team of tremendous men and women that are spreading our influence throughout the industry.

I’ve done all of those things, because of the early life lessons of my first car and my mentors. 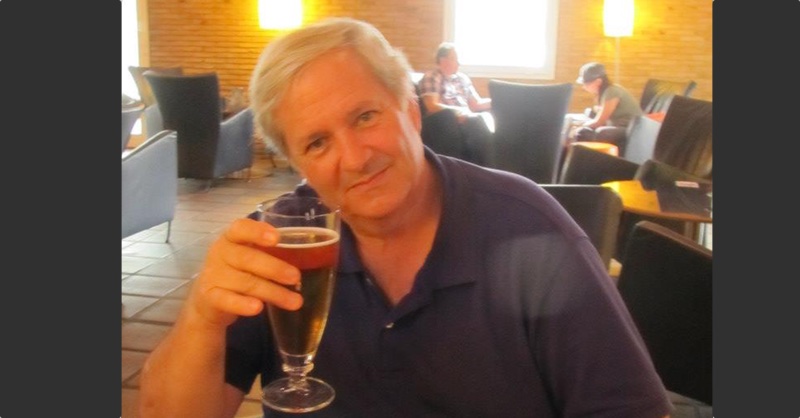 Question: How has mentorship influenced your life? Share Your Answer on Social Media!