By Todd Liles • 4 Keys to a Successful Pay Raise 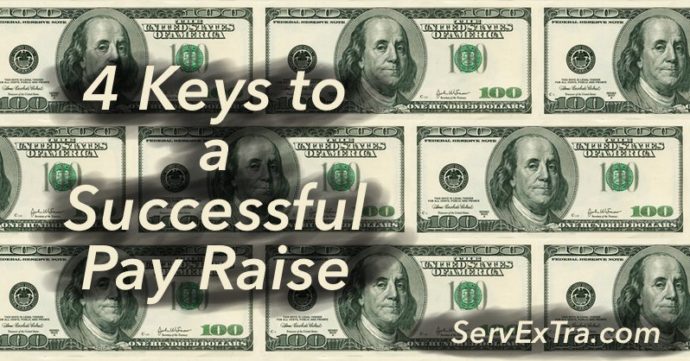 Part 2 of “What to do when an employee asks for a pay raise.”

A person should be paid what they are worth.  Therefore, a pay raise or reduction should be given based off of performance.  This is one of the reasons why I love Performance Based Pay.

However, I have found that pay raises are often given for other reasons:

When you decide to give a pay raise to a team member, you are making a powerful decision that leads down one of the following roads:

If you want to overpay team members for little to no work, then put me on the pay roll.  I’m happy to do nothing and take a paycheck.  (Put your checkbook away.  That was sarcasm.)

What you really want is to have highly paid producers that are killing it the marketplace.

You can have those big producers!  Just follow these 4 key points.

An employee making lots of money is a great thing!!  Your people need to know that you want that for them.

Now that we are all on the same page that we all want each other to make more money, how do we get there?

Here is where the education of your team member comes into place.

You need to explain where money comes from, and that Revenue less Expenses equals Profits.

This simple equation means that a pay raise is coming when the following happens:

Increasing your incoming sales, while maintaining or lowering your direct expenses.  In other words:

If you are talking to an administrative person, the message isn’t much different.

I’m happy to pay an administrative person more money if he can show me how he will free up time from me to make more sales.

Every industries model is different, but as a rule each position has a certain pay scale by percentage that is used to calculate hourly or performance pay.

Explain your model to your team member, so that they can understand that the company has a fair system it uses to determine pay.

Train on Specific Actions That Will Result in a Pay Raise

Actions speak louder than words.  If you have a team member that wants his pay raise, he has to know how to get it.  He has to be trained on the systems and thought processes that produces the outcome of a pay raise.

We teach a 9 Principle System called PRESS PLAY.  It is an action based system, that produces results.  [You can find out more here.]

Last year, Steve’s Plumbing produced over $2,600,000 in sales with 4 guys.  Richard Saxton has already produced $85,000 in the first month of the year.  (Yes.  He is doing all the work.)  All of the Steve’s Plumbing guys were highly trained on the actions that produced results.  I know, because I trained them.

In Athens, Georgia, my client Mack Chambers now has an average HVAC replacement ticket of over $12,000 and a closing percentage of over 60%.  Before training, his average ticket was under $7,000.  Mack has gotten his raise.

The key to performance for the all successful pay raises of the team members above is that they understand the rules, communicate, and train.