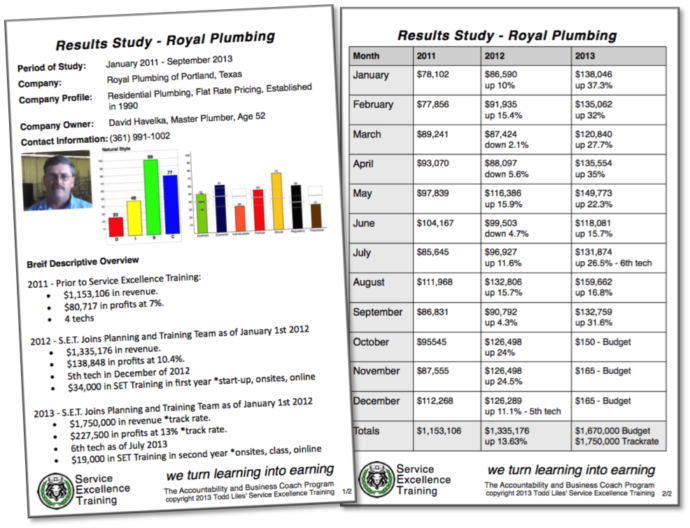 Royal Plumbing has been part of our Accountability Program for the last 2 years.  In that time, they have grown from 1.1 Million Dollars in Residential Plumbing to 1.75 Million.

There is no doubt that they are doing a lot of things really well.

Then David’s growth slowed downed for several years.  It was hard to get unstuck from the position he was in.  So, he looked for additional solutions.

David’s next step was to grow his plumbing company, and himself, past the sticking point.  He was referred to SET by Alan O’Neill of Abacus Plumbing.  After several consultations, David decided to incorporate our work into his growth plans.

Over the last 2 years combined, David has grown by:

Our plan for David was simple and effective:

Next year, Royal Plumbing will be budgeted for over $2 Million in residential sales.