By Todd Liles • THE VALUE OF THE LIVE FACEBOOK VIDEO PLATFORM 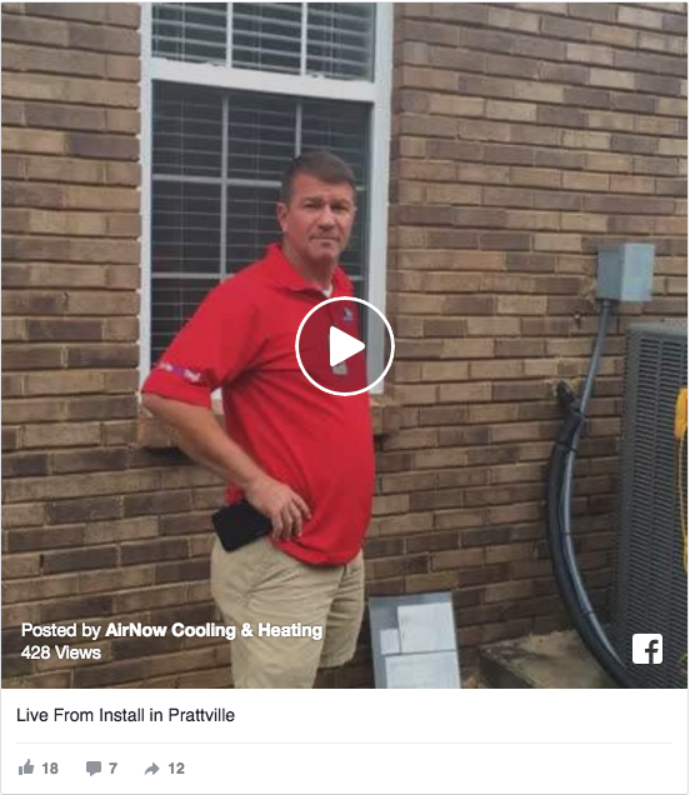 Facebook is doing a great job with their Live video platform. It’s an amazing tool that can help you and your company get your message across.   The team at Air Now is utilizing live video feeds during their hvac service calls and their air conditioning installations to demonstrate their process.

It’s great for at least 3 reasons:

#1 – it’s real!   It gives homeowners a chance to see what happens in real life.

#2 – it builds value. The greatest value is that of authenticity. There’s no denying the authenticity of live video feeds.

#3 – it shows character. In this video, you can see the character of not only Terry but his team members. This is demonstrated especially when Terry walks into the living room to find that an installer had stepped through the attic. This wasn’t planned, and it shows how Terry and his team respond when under pressure.

In this video, Terry Barrett shows you how to do a live video feed on an actual air conditioning install.

Question:  Would your client react the same? Would you handle this the way Terry did?

PS: The man in the video is Terry Barrett. He is our Tech Series Trainer for the PRESS PLAY in Austin, TX. >>https://www.servextra.com/training/classroom/ <<