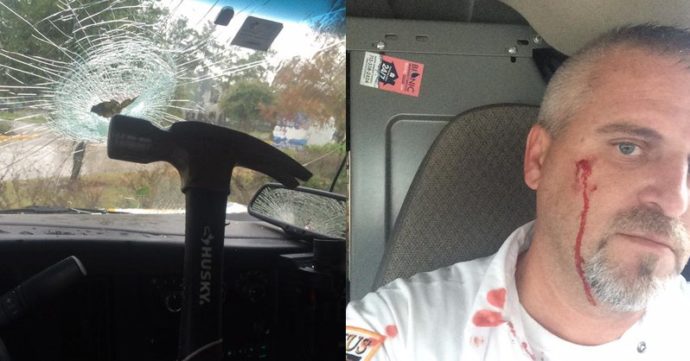 Bill’s head was spinning. Something just crashed through his window and struck him in the face. The heavy rain and loud wind started rushing in. Bill managed to get his service vehicle off the road.

He was in shock, and in pain.

Bill looked around the inside of his truck. He saw shattered glass, and blood. He reached up and touched his throbbing cheek. His fingers were red. Looking in the mirror, he saw the cut on his cheek, and the blood on his shirt.

“I was driving down 249. I didn’t know what came through until I calmed down, and started searching my truck.”

Bill realized that something flew through his windshield and struck him in the face.  He was expecting a rock, or a large bird.  Then he saw the hammer laying on the floor.

“I became instantly angry.” A hammer was the last thing Bill expected to find.

This almost tragic event could not have happened at a worse time.

“I’m going to Colorado tomorrow for my son’s 7th birthday. That’s a surprise. Someone’s carelessness almost ended that. . . A careless tradesman. And (I’m) proposing to my girlfriend on Saturday. (If the hammer were) a few inches over it would have been a different story.”

I spoke with Bill later in the day, and the doctor gave him a clean bill of health. Which is great news!

As for the hammer?

“I hope whoever lost it doesn’t want to get it back. It hit me in the face, so it’s mine now! I’m putting it in my toolbox.”

Bill Schietzelt is a 36 year old father of 5. He works as a service plumber for Abacus PHACE in Houston, TX.

Question: Have you ever had a similar experience? 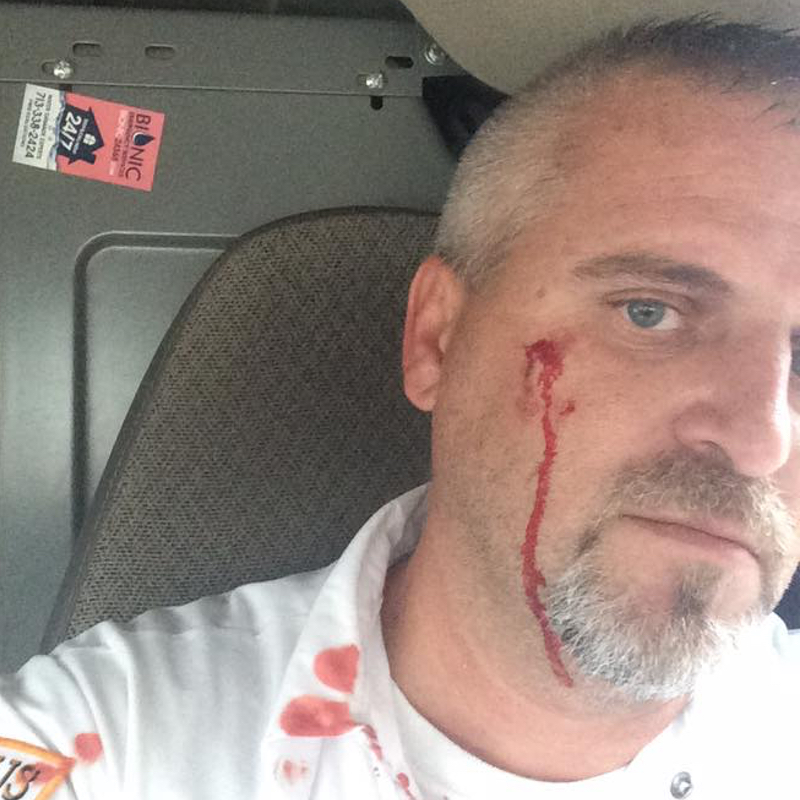 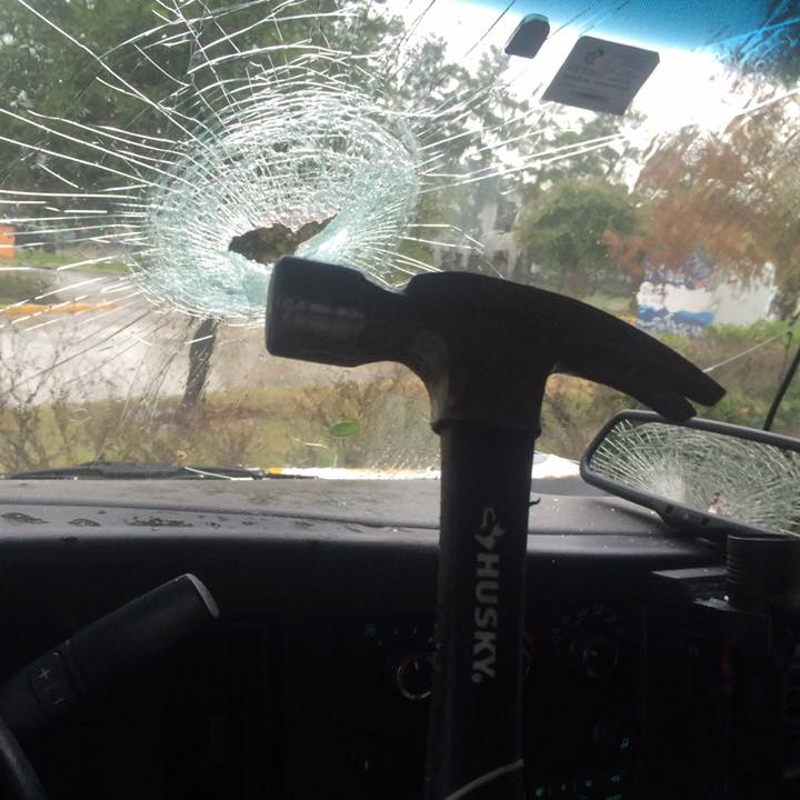