By Service Excellence Training • Mindset is Everything 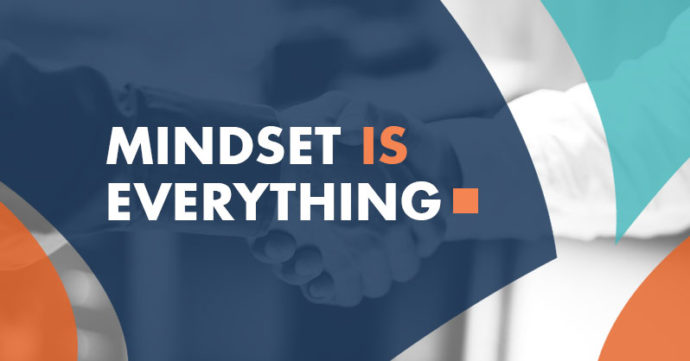 I have a story for you about a mindset that either makes a person a crook or a businessman. Mindset is the difference between being a crook and a businessman? How can that be? Okay, let me give you the example. This is how it goes:

On Facebook Marketplace I saw a post for some particular type of bars that I want to lift weights with. Alright? And they were bars made by a company called Titan, but of course this was posted by an individual. Now these bars have been in high demand. One of them I’ve been looking for has been sold out for a long time. I found the multi-angle bar I was looking for on Facebook Marketplace, and the man selling it wanted $160 for it. Not a bad price, so I was considering buying it.

I wrote to the guy and said, “Is that bar still in stock?”, and he said, “Yeah, it is.” So I said, “Alright, what about the safety squat bar?” That was the one I really wanted – those have both been out of stock for a while. He said, “Not right now, I just sold it.” This was during the snow apocalypse so I said, “Stay in touch with me. When this is all over, I may pick it up.” That’s the baseline.

Now, here’s what happened after the fact. I looked on the Titan website, and they had the same multi-angle bar I was looking at on Facebook. Instead of $160 it was $112, and they would deliver it to my house with free shipping. I don’t want to drive up to North Austin where the individual was selling the bar, so I bought the bar online. $160 versus $112. $112 brand new, and I don’t have to drive. Easy decision. I bought that bar.

Now, the guy wrote me back and asked if I was still interested in the bar. I wrote him back and told him I was interested in finding a safety squat bar, but that I went ahead and bought the other bar from Titan because they’re back in stock, have free delivery and cost a little less. He wrote me back and said, “Ah. You’re one of the smart ones.” I wrote him back and said, “Well, what do you mean?” He said, “Well, most people don’t check the prices, so I can continue to run this scam.”

Scam? I wrote him back and told him that was an interesting way of looking at it. I knew the bar was selling for less, but in my opinion it was worth it if everything else was sold out of stock. If the availability is down and you’ve got a bar you don’t want to part with for $112, but you want $160 – well it’s available, so it’s a demand service!

In my mindset I wasn’t getting hosed! I knew it was potentially more if I bought it, and I was choosing to think this: he’s got it in his house, it’s available right now, he can get an extra $50 for it right now. Why not? So this is what it came to. I told him this and he said, “Well, I guess that’s one way of looking at it.”

The bottom line is I was going to buy this bar from this guy, and I already knew it was a little bit more. I checked the prices. I wasn’t worried about that. It was just available! But now I’ll never buy from this guy because his mindset is wrong. Here’s the deal guys:

I am fine paying more money to you and your company for your services if there is a valid reason to do so. What might that reason be? Availability. Yes, availability is a valid reason. Especially right now during our current snow apocalypse! Now listen. Don’t get me wrong. You shouldn’t be ripping people off and jacking your prices up just because you can. I’m not saying that. What I am saying is that if you’re making it more convenient to do business with you, like he was, if you’re going to go after hours, if you’re going to go on the weekend – to me, that is a level of availability that is worth charging more for.

Now, in our case it’s not just availability. In the case of physical equipment made by a manufacturer it’s usually about availability. In our case, it’s also about the way that we do our work. That is a real value-added item. If you do superior work, then you can charge more money for it. Charging more than the next guy, when the next guy’s work isn’t as high quality as yours, does not make you a crook. It simply means you know your worth.

What makes a person a crook is their mindset. If you’ve got it in your mindset that you’re going to charge more money just because you can, and you’re secretly giggling to yourself like, “Isn’t this funny? I got an extra $50 off of this sucker!”, then you have adopted the mindset of a crook. It’s a shame.

But if you say to yourself, “I can charge more money because of –”, and then you can list out legitimate reasons such as:

You’re doing things that literally cost you more to operate, therefore you must charge more to make a fair profit. That is good business. It should be done that way.

I hope this story helps you reframe the way you look at doing business. So often it is the subtle little switch in our minds that makes the biggest differences in our businesses. If this helps you ignite your own personal power within, then let me know. Let me know how we can continue to serve you because this is our passion and our desire – to make radical transformation in your life. IGNITE THE POWER WITHIN.