When a manager cusses out his tech

By Todd Liles • When a manager cusses out his tech

I cussed out my tech.  Bad – I mean, I used lots of four letter words.  It was a terrible example of leadership.  Actually, it wasn’t leadership at all.

This cursing came when he called me to say he wasn’t going to make it to work.  If it happened at night, or even early in the morning, I wouldn’t have been as upset.  I would still be irritated, but not to the point I lost my cool.

The install truck was loaded, and the helper was ready to go.  The install technician (the one that got the cussing) was no where to be found, and he wasn’t answering his phone.  It was a busy summer, and this couldn’t have happened at a worst time.

Bad timing is perfect timing to make a butt of yourself.  It’s in these moments that you will be stressed.  When you are stressed, you are open to making bad decisions.  Be warned!

After many calls, the tech answered his phone.

The cursing started after that point.

It was ugly.  The tech had to go to Waco for his son.  I don’t remember the details, but he felt is was very important for him to be there.

The Damage I Caused

When I lost my cool, and delivered one of the most epic cursing in HVAC history, I created a cascading effect of damage.

Yesterday, as I was leaving a taco joint, I ran into the tech.  It has been 6 or more years since I saw this particular tech.

When I saw him, I stopped and said, “Hello, I’m Todd Liles.”

That may sound like an odd greeting for 2 people that know each other.   Here’s the thing – I didn’t recognize him at first.  I did immediately see his company shirt.  On his shirt was a logo of a company that complete a contact form the day before!  So, the company he worked for was fresh in my mind.

This tech said, “I know.  We used to work together.”

I looked into his eyes, saw his smile, and realized who was standing in front of me.

Like a flood, I expressed my regrets for my actions from so many years ago.  I shared with him how out-of-line I was that day.  And how I use his story to help other managers not make my mistake.

It was a fast talk, but lots of good was done.  He was quick to forgiveness.

As a manager or owner, you will make many mistakes as you grow.  That’s to be expected.  Your human.  Just remember, the people you work with are also human. 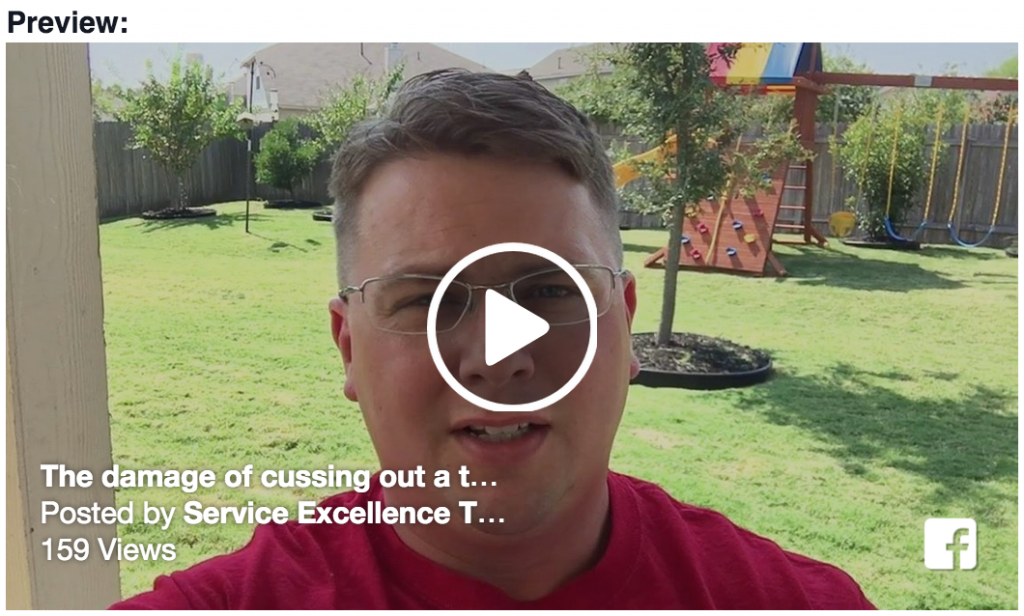