The Tough Lessons I Learned from a Thief in my Business 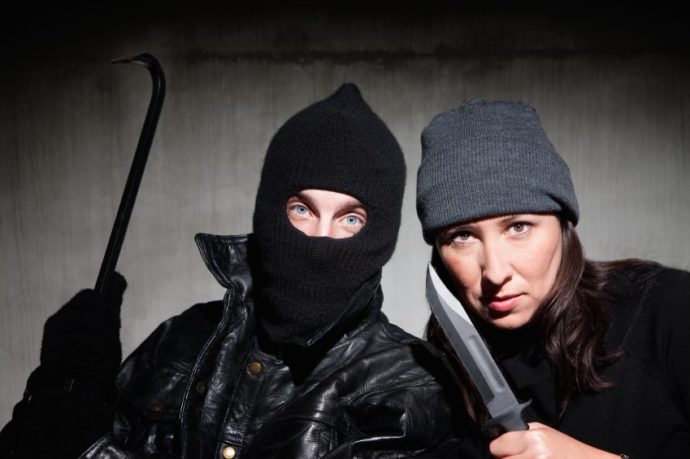 A thief in my business stole over $25,000.  The worst part was that I never saw it coming.

Before Service Excellence Training, I was a minority owner in a start-up heating and air-conditioning, and plumbing business. In the early days I wore a lot of hats.  One of my responsibilities was to make outside sales.

In 2009, I sold a system to a very friendly lady.   During the sale, and during the install, she was pleasant, and nice. But after the sale, things got odd.

“If another company can provide an identical or better install for less money, then we would match the other bid, plus give the client an extra $50 bucks.  This assures you get the best value.”

As a company, we went out of our way to provide a great value when it came to the install.  This value was represented in written guarantees and warranties; and in written install procedures that ensured a proper install.

A month after the install, the customer presented me with a competitor’s proposal that had matched word-for-word every value point on our proposal.

The Difference in Proposals

As I stated, she gave a proposal that was matched word-for-word, but there were suspicious differences.

The Decision:  “Give the Money Back or No?”

In the end, she got the 45% refund she requested.   She kept our install, and took our money.  I personally wrote out the check, and hand delivered it to her office.

I asked her to sit down with me, and have a cup of coffee. The whole situation just didn’t sit right with me, and I needed to get down to the real issue.  Did we fail her?   Did we do something wrong?  I had to know!

So, I asked her.  Her answer stunned me.

The customer told me this in a moment of guilty confession,

“The guy that wrote the proposal really does have his own company.  But, he was referred to me by your lead installer.  Your installer told me that if I would do this, I could get a lot of my money back. The deal was that he would get his friend to write the proposal, and they would keep half the money.  I’m sorry, but understand I’m a single mom, and I need the money.”

You might be looking for a satisfying end to this story.  Like a scene out of Dick Tracy where I get the bad guy.  That would have been great, but no.

Apparently, the lady alerted the installer.  He took off before I ever saw him again.

Of course, we alerted the authorities. But by the time they went looking for him, he had already fled town.

This was a painful experience for me.   I was hurt, angry, and vengeful. I wanted the thief to pay!

Thankfully, I had a mentor that reminded me that negative emotions are not productive.

Here’s what the experience taught me:

Question:  What tough lessons have you learned?