By Todd Liles • Drowning for Success There is a very popular motivational video on YouTube that tells the story of a young man who wants success.  The young man asks an older successful man “How do you get success?”  The old man takes the young man to the ocean, and proceeds to drown him.  Just before he passes out, he pulls him up and says, “When you want success as bad as you want you to breathe, then you will be successful.”  You can watch the video below if you haven’t seen it.

That particular video happen to be playing over the sound system while I was doing some strength work at our local CrossFit Box – CrossFitHays.  The only people there was myself, and a young coach named Jon Anthony.  Jon Anthony was there getting prepared for a weekend Olympic competition. 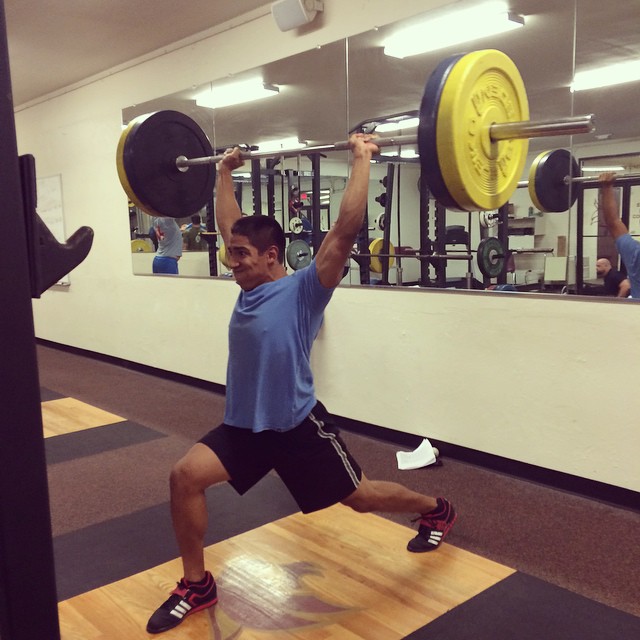 Jon Anthony turned to me and asked, “Is that true Todd?  Do you have to go after success like that?  Not be willing to sleep?  Do whatever it takes, not matter what?”

My response was, “Sometimes, lots of times, but not all the time.”

There are times when you have to go after success like a drowning man seeks air.

However, there are times when you need to go after success with wisdom and patience.

The key is never to lose focus on your goal, and never stop going after the goal.

Take Jon Anthony for example.  He is a hard working, focused young man.  He represents himself well, and is extremely professional.  One of his big goals is to hit new PR’s at this Olympic competition.   The lift is a day away.  At this point, over training will not produce success.  He needs to focus on sleep, preparation, and nutrition.  That is what the wise man will do, and so will Jon Anthony.  That is the work that will best prepare him for these goals.

There may come a time when Jon Anthony decides he wants to open his own CrossFit Box.  When that happens, Jon Anthony may have to make many sacrifices – sleep, personal finances, and some well being.

There is a time for sacrifice, and a noble sacrifice is worth taking.

However, success shouldn’t and doesn’t have to be a constant state of pain.  In truth, it should be the opposite.  The most successful people I know enjoy their life immensely, and pursue the areas of life that they deem worthy.

Earl Nightingale said it best, “Success is the progressive realization of a worthy goal or ideal.”  Which means that you will reach daily PR’s on the areas of life that you value.