WHAT TO DO ABOUT BAD BEHAVIOR

By Todd Liles • WHAT TO DO ABOUT BAD BEHAVIOR 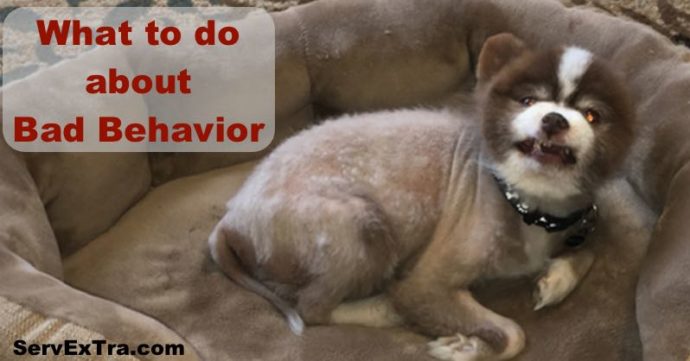 Boots is my dog.  He constantly craps on my porch, and it drives me crazy.  Boots is a bad dog, yet I love him.  Some of your co-workers may be like boots.

You may be asking yourself, “Why in the world haven’t you gotten rid of this dog!?”

Great question, and we almost did return him after he crapped in his kennel, and then rolled it in.

See, we adopted Boots from a rescue shelter in St Louis.  The shelter was called “Flawed Dogs.”  That should have been my first clue, but he was cute, and we wanted a dog.

Before I go any further, let me point out what that would sound like if I hired a team member the way I picked my dog:

Thomas:  “Hey, Todd.  We need to add a new trainer to our list of trainers.”

Todd:  “OK Thomas.  I heard of this place where you can get trainers that no-one wants.  It’s called, “Train Wreck Trainers.”

That may sound far fetched, but you know it’s not.  You’ve worked with guys that have terrible behavior.  [You may have even been the dummy that hired the guy.]

But like me with Boots, you have a soft heart.  You hired the guy, and just can’t seem to fire him no matter how many times he figuratively craps on your porch.

Well, I have 2 tips for you.  Take these to heart, and they will serve you well:

Boots is family at this point, so he gets the family pass.  Otherwise, he’d be gone!!  [God Bless all of you that have actual family members in your business with bad behavior.]

QUESTION:  Have you ever been on the news as an expert?

If you are thinking about hiring a new team member, may I suggest Profiling them with our DISCover Profile. It will provide to you over 50 characteristic points, and grade their ability by position. It’s a great way to limit hiring team members with bad behavior!