A Lesson on Leadership

By Todd Liles • A Lesson on Leadership 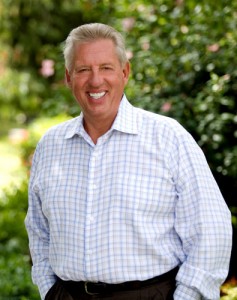 In John Maxwell’s book, The 21 Irrefutable Laws of Leadership, Maxwell covers several insightful topics on leadership; one in which he calls “The Law of Navigation.”  Here Maxwell states, “Leaders see more than others see and they see before others see” but he goes on to explain that successful leaders are those that can properly explain the important end result to their team; while also providing guidance and insight on the individual steps that lead to the overall goal.

John Maxwell illustrates his point with a lesson that is taken from two Explorers, Roald Amundsen and Robert Falcon Scott, who ultimately raced to be the first explorer to reach the South Pole. While both men had the ultimate goal of reaching the South Pole, they greatly differed on their preparation plans for the expedition. Amundsen carefully planned every detail of the course and trained his crew for the treacherous environment and terrain they would face.   While Scott failed to train his crew and he hastily rushed through the frigid mission.  Amundsen successfully reached the South Pole an entire month before Scott.  Amundsen also returned safely with his entire crew; while Scott and his four crew members died on the return journey from the South Pole.

“Followers need leaders able to effectively navigate for them. When they’re facing life-and-death situations, the necessity is painfully obvious. But even when the consequences aren’t as serious, the need is just as great. The truth is that nearly anyone can steer the ship, but it takes a leader to chart the course. That is the Law of Navigation.” –pg36

“Before a leader takes their people on a journey, they go through a process in order to give the trip the best chance of being a success:

1.Navigators draw on past experiences.

2.Navigators listen to what others have to say.

4.Navigators make sure their conclusions represent both faith and fact.”

The 21 Irrefutable Laws of Leadership by John Maxwell: The Law of Navigation