Why you should stick to your principles; a commentary on Michael Hyatt

By Todd Liles • Why you should stick to your principles; a commentary on Michael Hyatt 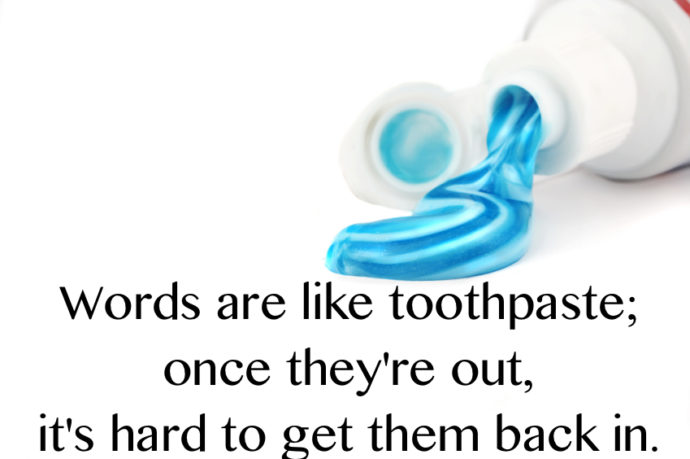 I’m a big big fan of Michael Hyatt.  Michael writes on the subject of blogging, and leadership.  He also is the creator of the theme that I use on my website.

Recently on his facebook page, he stated the following about President Obama: 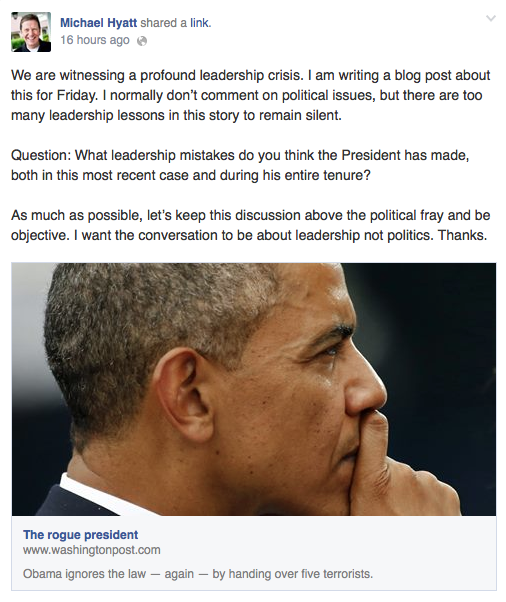 This is a bold move!  Michael has a huge following that is very diverse.  Over 400,000 people are subscribed to his Blog site.  Tackling the current moves of any President will automatically create a polarizing effect with your client base.

Over 200 people commented very quickly on the topic.  I read through the comments, and I can say Many Were Not Nice – On Either Side.

I think Michael begin to realize that the point of his post would not be well received.  No matter what his intention, he could see a negative outcome unfolding.  So, later today he posted this on his facebook page:

This also produced a variety of responses, some negative, and some positive.

My Perspective on Michael Hyatt’s Decision

Personally, I was disappointed that Michael didn’t write the post.  I know Michael well enough to say it would have been:  Honest, Insightful, Tact, and on the Topic of Leadership.

Professionally, it was the right move.  Michael would no doubt suffer the back lash of some negative feedback in the short term.

Principally, it was also the right move.  Michael has made it abundantly clear in his writings that leaders have certain responsibilities:

Michael was in a position to lose on more of his principles than win by moving forward with his decision to write his post on Barack Obama’s Leadership.

The Mistake That Micheal Made

He told the world he was going to write the post, and then he took it back.  He would have been better not to have said anything at all.  Followers like their leaders to be firm in their decisions.

This is a mistake we have all made, and I bet it is one that Michael will not make again.

“Will I keep following Michael?”

Absolutely!  He has a pure heart, and leads by example.  This one slip-up just proves he is human.